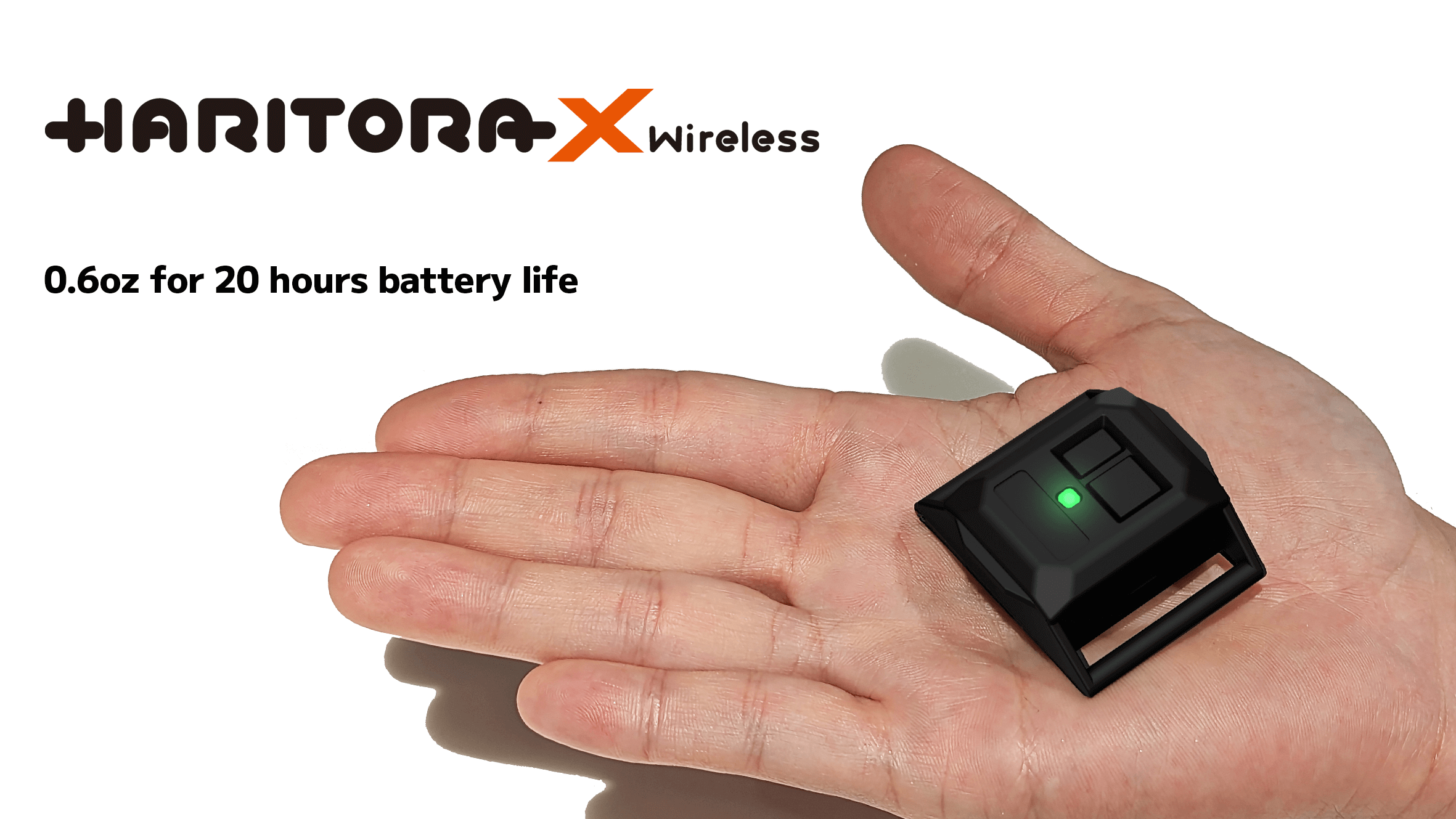 HaritoraX Wireless is an inexpensive, space-saving, compact, full-wireless full-body tracking device for VR Metaverse or VTuber. While your motion from the chest down can not be synchronized in the avatar's motion just with the VR headset and controller, this product enables you to move the avatar with your entire body.

HaritoraX Wireless supports 6-point (chest, hip, knee, ankle) tracking and, small size, long battery life as 20 hours. The main difference from HaritoraX 1.1 is that there is no wired connection between sensors. The cable won't get caught in the controller, limbs, or armrests of chairs, so it's recommended for those who perform strenuous exercise such as dancing. Charging is done via the USB Type-C port. The optional charging dock allows you to charge while the band is attached.When combined with a VR headset such as Meta Quest 2 or VALVE INDEX, the avatar's entire body, including the legs and hips (9-point tracking) can be moved in the Metaverse in sync with its body motions in the real world. Additional sensors on the upper arm provide up to 11 point tracking*, allowing the natural motion of the human body to be represented.

*The maximum number of tracking points supported by each metaverse platform differs.

HaritoraX Wireless also has a distance(ToF) sensor built-in the ankle unit, which can synchronize your motion of the ankle joint to the avatar without attaching a sensor to the instep. 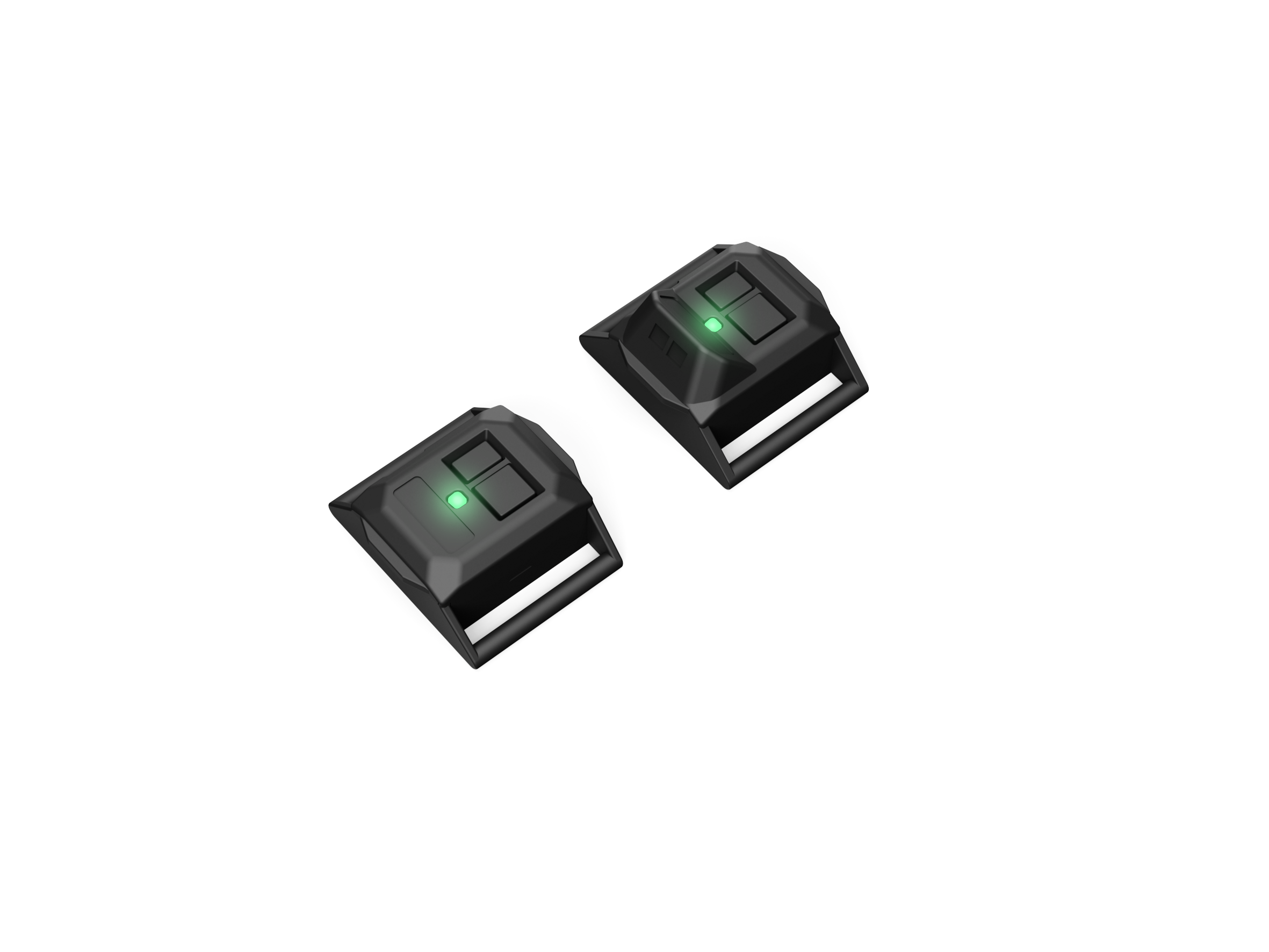 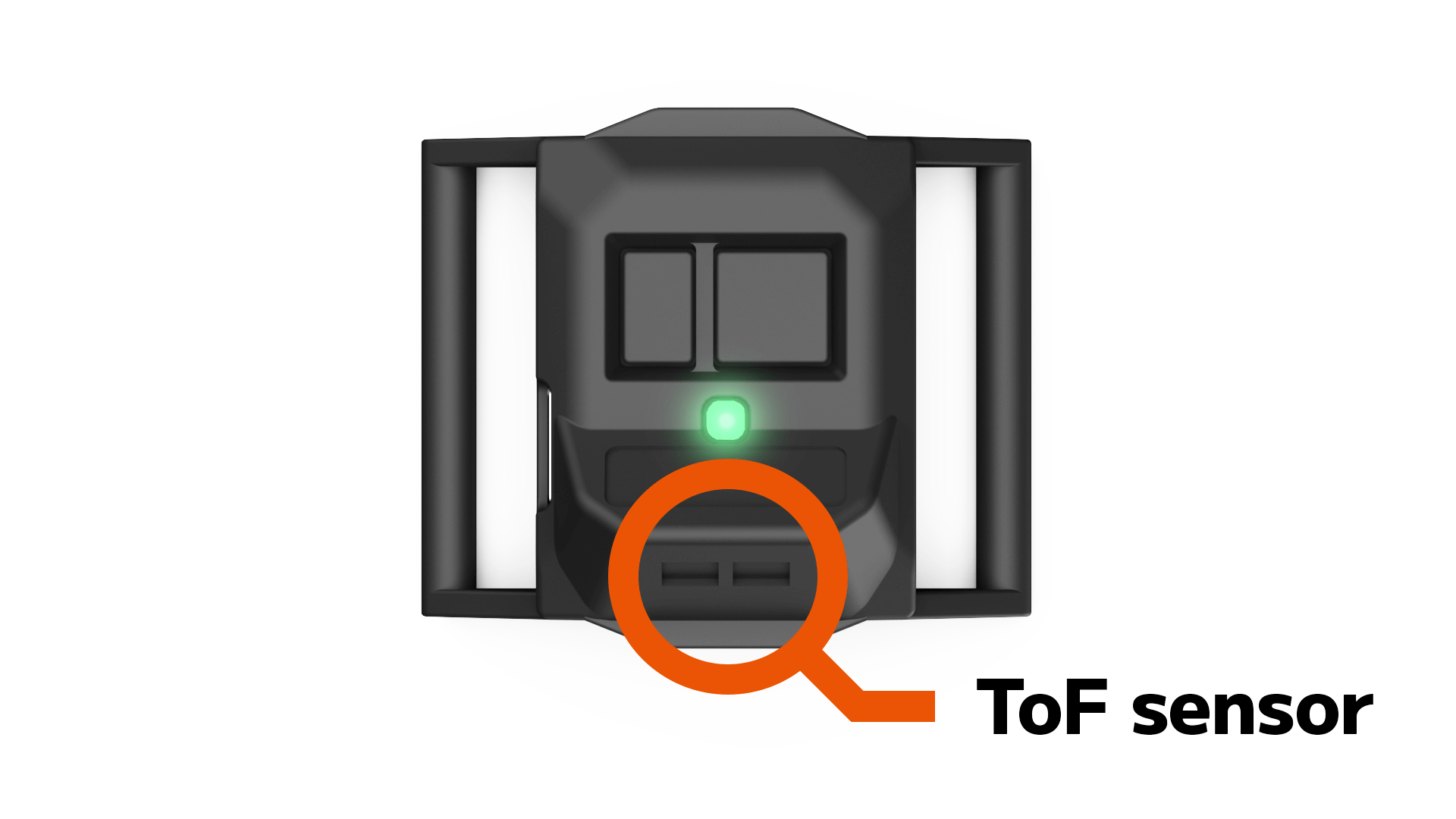 HaritoraX series uses a tracking method based on accelerometer, gyroscope, and compass(9-axis IMU) sensors, that does not require external optical sensors, so even when used in small spaces, there is no tracking loss due to falling into the shadows of furniture and other objects. So HaritoraX will continue tracking even when worn under a cloth or covered by a blanket. Multiple HaritoraX units can work simultaneously in the same room. Equipped with a 9-axis IMU, it can automatically recover from drifting using absolute direction from compass even after extended use of the device, which can exceed one hour. You can also turn off the compass when using it in areas where geomagnetic conditions are poor.

HaritoraX 1.1 will start to ship out in January 2023.
Customers who have already pre-order HaritoraX 1.1 can change their reservations to HaritoraX Wireless if they paid the difference. They will receive an email with an application form to switch to HaritoraX Wireless by December 19, 2022. Please follow the instructions in the email and complete the process by December 25, 2022 if you’d like to change. Pre-orders for other customers will start around February 2023.